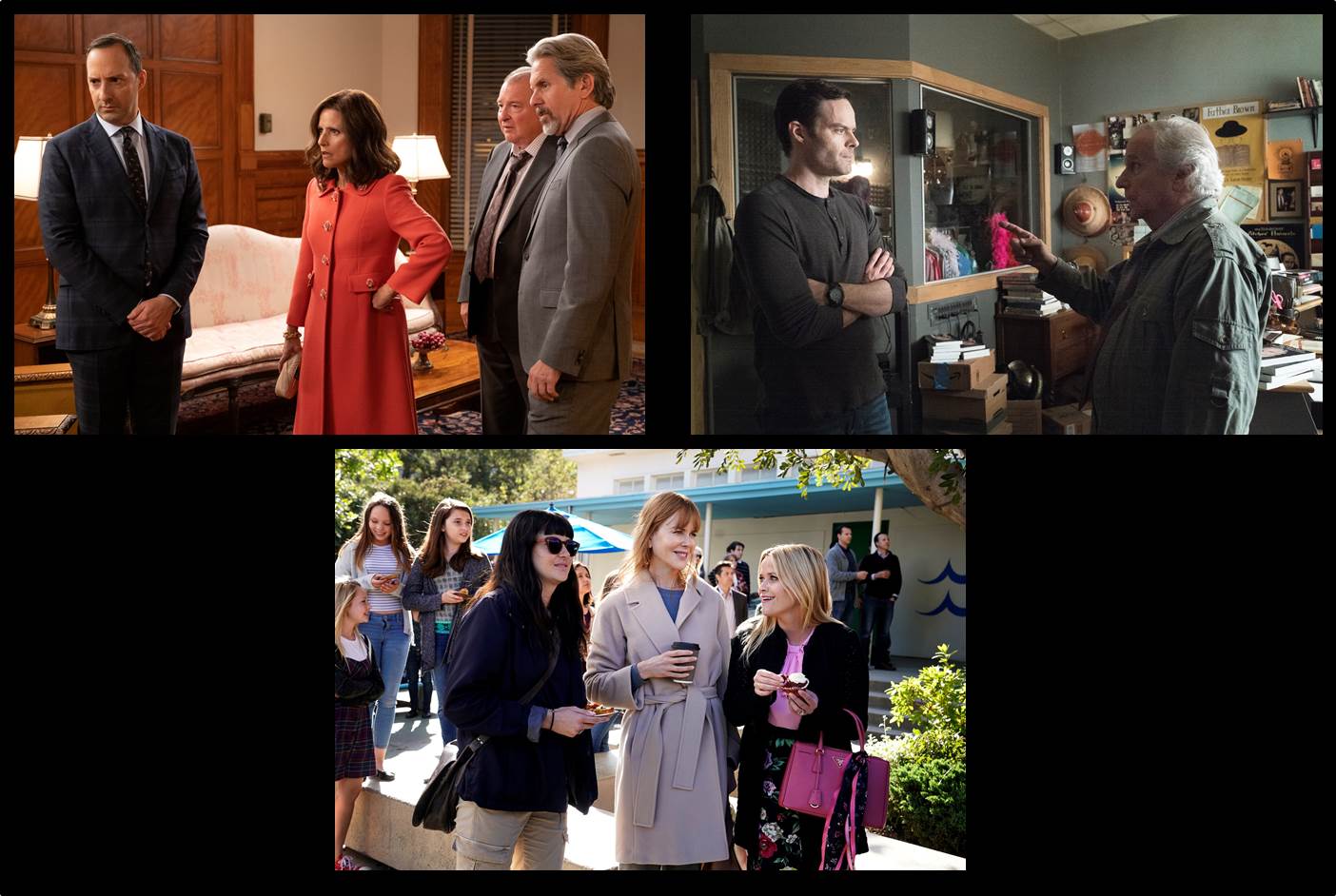 THE PHILIPPINES, 2 MAY 2019 – HBO released new images from the returning season of the Emmy® and Golden Globe®-winning HBO Original seriesBIG LITTLE LIES, as well as HBO Original comedy series VEEP Season 7 and BARRY Season 2, both of which are currently airing.

The second season of this subversive, darkly comedic drama HBO Original series BIG LITTLE LIES will explore the malignancy of lies, the durability of friendships, the fragility of marriage and the vicious ferocity of sound parenting. Relationships will fray, loyalties will erode…the potential for emotional and bodily injury shall loom. Premiering same time as the U.S. on Monday, 10 June at 9am, exclusively on HBO,with an encore telecast at 10pm the same day on HBO. New episodes premiere every Monday at the same time.

The last two episodes of the seventh and final season of the Emmy®-winning HBO Original series VEEP premieres same time as the U.S. on 6 May and 13 May respectively at 10:50am, exclusively on HBO GO, with a same day encore on HBO at 11:50pm. In the next episode, Selina (Julia Louis-Dreyfus) tries to arrange a meeting via her Finnish contact, Minna (Sally Phillips). Gary (Tony Hale) helps Catherine (Sarah Sutherland) plan a big event. Jonah (Timothy C. Simons) and Amy (Anna Chlumsky) push an anti-vax message in Pennsylvania. Mike (Matt Walsh) finds a new home. Richard (Sam Richardson) may have an enemy.

The second season of the Emmy®-winning HBO Original comedy series BARRY premieres same time as the U.S. every Monday at 10.20am exclusively on HBO, with a same day encore at 11.20pm. In the next episode, the sixth of eight episodes in this season, Barry (Bill Hader) works with Gene (Henry Winkler) to help get into character for his big scene with Sally (Sarah Goldberg),. Sally resolves to embrace her truth. Noho Hank (Anthony Carrigan) prepares for a big night with his newly-trained men. Fuches (Stephen Root) goes on a mission.

In the U.S., last week’s fifth episode of BARRY Season 2 reached a series high in both gross audience and initial broadcast with 2.5 million U.S. viewers for the night and just over 2 million U.S. viewers at 10:30 p.m. (5% above the previous high set last week). The gross audience includes two linear airings in the U.S. from Sunday night and streaming on HBO NOW and HBO GO in the U.S.

← GAME OF THRONES: SEASON 8 EPISODE 3 NEW IMAGES AND BEHIND THE SCENES VIDEOS
SUCCESSION RETURNS FOR ITS SECOND SEASON THIS AUGUST EXCLUSIVELY ON HBO →