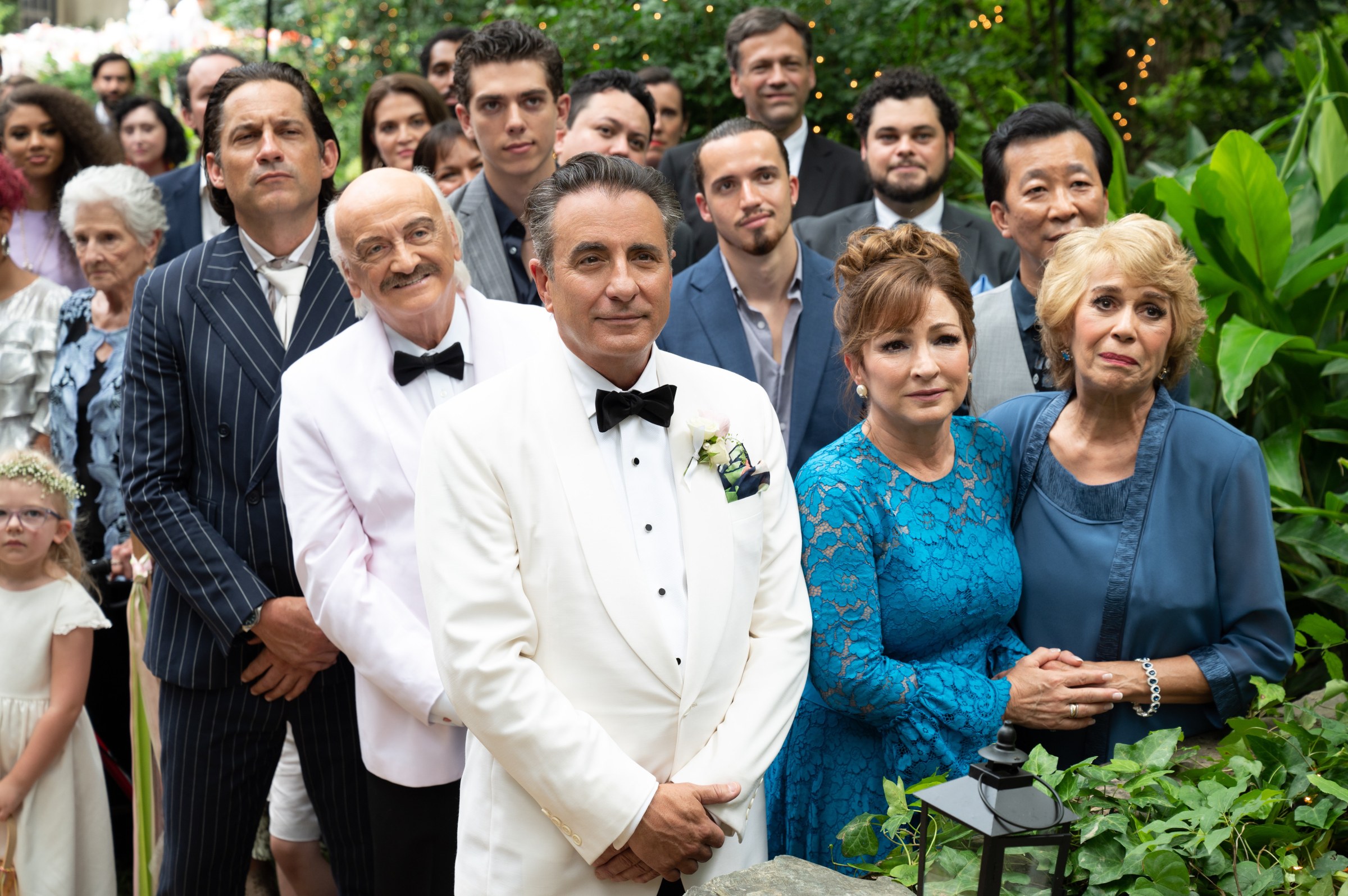 Father of the Bride invites viewers to the love, food, music and fun of this modern rom-com reimagined from the timeless classic. The sparkling story of a family and its unbreakable bonds illustrates the surprising and funny ways the heart can adapt in the name of love.

Long-marrieds Billy (Andy Garcia) and Ingrid (Gloria Estefan) are surprised when their eldest daughter Sofia (Adria Arjona) comes home to Miami for a visit. But the surprises just keep coming when she announces a new boyfriend, Adan (Diego Boneta) – who is now her fiancé – and their plans for a quick-turnaround wedding and new life together.

Sofia’s quickfire revelations keep Billy and Ingrid from making their own disclosure – that they’re calling quits on their marriage – but both agree to delay the news and play the loving couple for the benefit of the family.

Old-fashioned Billy is at first opposed to the wedding, but he is eventually swayed – as long as his opinions as father of the bride carry the most weight in all things matrimonial. A prominent architect and family man, Billy feels his hard-fought success and dedication to his heritage earn him the right to call the shots. After all his achievements, why is he suddenly seen as the bad guy?

The same could also be said for Adan’s equally headstrong father, Hernan (Pedro Damián), who soon arrives with his own traditions and family pride in tow. With both iron-willed fathers vying to take charge of the festivities, it becomes a prideful game of one-upmanship, as cultures clash, generations take sides and competing traditions collide. Family relationships are tested, along with the couple at the centre of it all, as the roller coaster ride of wedding planning races toward the altar.

Stream or download Father of the Bride from June 16 only on HBO GO. Also watch other Max Original films like The Fallout, KIMI and Moonshoot on HBO GO. Subscribe to HBO GO online at www.hbogoasia.ph or the mobile app via the App Store or Play Store on your device for as low as ₱99.70/month. Or access HBO GO via Cignal, Globe and Skycable. HBO GO is also available on Android TV, Apple TV, LG TV and Samsung Smart TV – and comes with AirPlay and Google Cast functionality.

Warner Bros. Discovery’s HBO GO is a regional streaming service in eight territories in Southeast Asia, including Taiwan and Hong Kong. Programming includes award-winning HBO Original series, movies and documentaries, Max Originals and HBO Asia Originals which tell compelling stories from around the region. This is supplemented by exclusive, first-run content from major Hollywood and independent studios that offers a mix of originals and acquired content – including kids and family content from Cartoon Network and Warner Bros. Animation – available to download or stream anytime, anywhere. Log on to www.hbogoasia.com for more information.